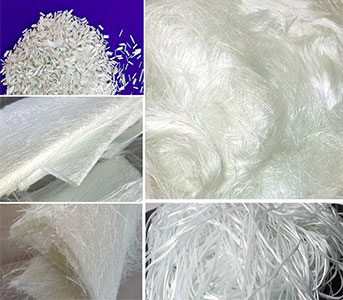 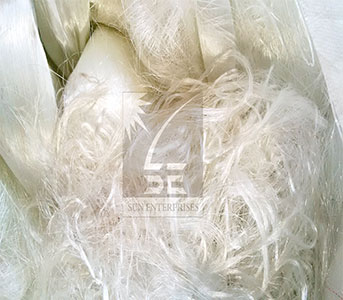 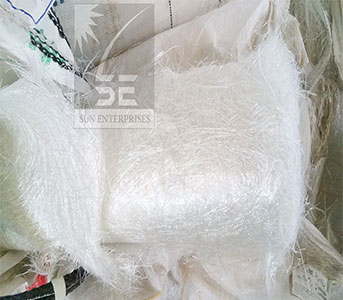 Mat (B-Grade) shall consist of Chopped Strand Fiberglass Mat sheets or rolls and the same are in unwound/loose condition that is scrap/waste material. Chopped Strand Mat is most frequently used with polyester resin to quickly build thickness for parts and between layers of fabric for building moulds. It can be used alone or in conjunction with fiberglass fabrics, or woven roving, in larger fabrications. Fabricators generally tear apart Chopped Strand Mat, rather than cut it. This maintains the length of fibers along the torn edge, which create stronger bonds with subsequent layers. Chopped Strand Mat contains a binder which holds strands together, but prevents proper bonding with any epoxy resins. PLEASE NOTE: It is only compatible with polyester or vinyl ester resins. For convenience, mat is also sold in 4-inch-wide tape form (#492). For 38-inch, typical full roll length is 80 yards. For 50-inch, typical full roll length is 87 yards. 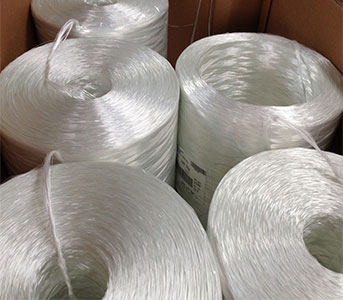 Type 30 Single-End Roving Single-End Roving is produced by pulling individual fibres directly from the bushing and winding them onto a roving package ready for shipment. The uniform distribution of a proprietary sizing system ensures excellent resin-to-glass bonding. 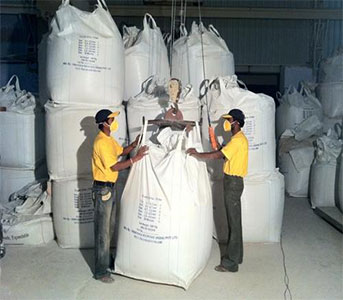 The chemical compound silicon dioxide, also known as silica (from the Latin silex), is an oxide of silicon with a chemical formula of SiO2 and has been known for its hardness since antiquity. Silica is most commonly found in nature as sand or quartz, as well as in the cell walls of diatoms. Silica is the most abundant mineral in the Earth's crust. Silica is manufactured in several forms including glass, crystal, gel, aerogel, fumed silica (or pyrogenic silica), and colloidal silica (e.g. Aerosil). In addition, Silica Nano springs are produced by the vapour-liquid-solid method at temperatures as low as room temperature. Silica is non-combustible, colourless or white and is in a crystal form. High purity sand, almost entirely composed of silica, is a major industrial commodity. Silica sand products are marketed in a wide range of grades, including extremely fine grades known as flours. Source: Wikipedia